What is the Penalty for Reckless Driving in Virginia?

What is the Penalty for Reckless Driving in Virginia?

The penalties for the class 1 misdemeanor are a fine up to $2,500, 6-month license suspension, and up to 12 months in jail. If your driver’s license is issued by a state other than Virginia, your loss of driving privileges could also be picked up by many other states.

Let’s take a closer look at reckless driving penalties and consequences in Virginia.

What is Reckless Driving in Virginia?

In Virginia, your charge will be reckless driving if you go over the applicable maximum speed limit by 20 miles per hour or more. For example, if you drive 75 mph on a road with a speed limit of 55 mph, you can be charged with driving recklessly.

You can also face a reckless driving charge if caught driving over 85 mph. In this case, it doesn’t matter what the posted speed limit is on a particular road. No matter if the limit is 55 mph or 70 mph, as long as you are traveling over 85 mph anywhere in Virginia, you will face charges for reckless driving.

Additionally, driving in a way that endangers safety of life to you, other people or private property, regardless of speed, is considered reckless. Even if you are driving below the speed limit, you can be charged with this offense if you are putting you, other people, or property at risk.

Some of the examples of this behavior include driving with faulty or improperly adjusted brakes, driving next to another vehicle on a one-lane road, racing with another vehicle, or illegally passing motor vehicles when approaching a curve in the roadway, at a highway intersection, or a railroad crossing, to name a few.

Reckless driving Vs. Speeding in Virginia

Reckless driving and speeding may seem similar, but there are significant differences between these two charges, and they carry very different consequences. Of course, as a Class 1 Misdemeanor offense, reckless driving is a more serious charge. 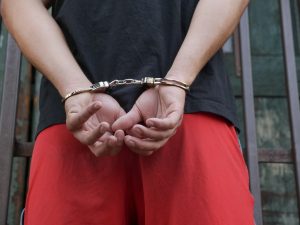 Speeding is a traffic infraction, and it doesn’t carry jail time. Also, under most circumstances, speeding carries a maximum penalty of $250.

First-time offenders likely will not see jail time. If you’ve had repeat reckless convictions, poor driving records, or you were driving at a speed of more than 100 miles per hour, the likelihood of jail time increases significantly.

When reckless driving is a class 1 misdemeanor, you face a 12-month jail sentence, and when it is a class 6 felony, you can face a sentence of having to spend up to 5 years in jail.

If you are convicted of reckless driving, it doesn’t mean that you will surely face license suspension, but the faster your speed or more reckless your behavior the greater the chances additional penalties.

A first-time reckless driving offense in Virginia may include a driver’s license suspension for a maximum of six months. Of course, traveling at excessive speed over 95-100 mph is more likely to result in a suspended license compared to driving at lower speeds.

To get your license back, it is necessary to comply with the conditions set forth by the judge, which may even include completing a driver education clinic. Also, you need to pay the DMV reinstatement fee, as well as provide proof of car insurance.

Even if your license is suspended, the judge may give you a restricted license for specific purposes, such as going to work, attending school, and going to the doctor.

In most cases, you will be required to pay fines for reckless driving. The actual fine you will receive can vary greatly. The exact amount depends on a variety of factors, including your driving record, speed, the local court policy, and more.

The maximum fine you may face for a class 1 misdemeanor under Virginia law is $2,500.

Fortunately, the maximum fine isn’t used very often. A judge determines the exact fine amount depending on the circumstances of your case and other factors. In most cases, drivers facing a reckless driving offense end up having to pay between $500 and $1,000.

Another potential penalty of reckless driving is receiving demerit points. In Virginia, the DMV can put up to 6 points on your driver’s license if you are convicted of this criminal offense.

Other Consequences of Reckless Driving

If a reckless driving conviction involved property damage or injuries over a specific amount, the insurance rate increase could be significant. Aside from this, an insurance company can consider the driver’s age, how long they’ve been with them, and their driving record. If the driver is inexperienced or new, the insurance rate increase might be greater in comparison to an older driver. Certain insurance companies add a point to their system if the driver is inexperienced or young.

If you apply for a security clearance, you will need to disclose your driving conviction, as it will come up in your background check anyway. Also, if you must drive a vehicle on company insurance, you may lose your job as a result of a conviction. Finally, depending on the circumstances of your charge, a conviction or a guilty plea will result in having a misdemeanor criminal record.

Do you have to go to court for a reckless driving ticket in Virginia?

Being a misdemeanor charge, drivers by default have to show up in court. Also, prepaying a reckless driving charge isn’t an option.

Virginia tickets feature a box below your signature that states you can avoid going to court if the box is checked and adhere to every instruction on your copy. Usually, this box isn’t checked, and law enforcement officers strike through the text for good measure.

But depending on your case and local court, your Virginia traffic lawyer can show up in your place. This arrangement saves out-of-state drivers travel expenses and time.  For Virginia drivers, the arrangement can save you from missing a day’s work.

If you are unhappy with the verdict of your bench trial, you can appeal to a different judge in Circuit Court.

What is the Virginia Driver Improvement Program in Virginia?

It’s a set of courses that drivers in Virginia take to learn and improve their driving and points. Completing the program earns drivers 5 safe points and going a whole year without traffic violations earns you one safe point.

How long does a reckless driving charge stay on an adult’s record?

How long do reckless driving convictions remain on a juvenile’s record?

A juvenile record is treated differently than an adult record. A juvenile criminal record isn’t accessible to the general public, but law enforcement in Virginia and government agencies have access. If you are convicted as a juvenile, the conviction record is automatically expunged when you turn 19 but only if it has been 5 years after sentencing.

Usually, whether the record is destroyed or sealed doesn’t really help most drivers. The concern is reporting the conviction on any application they send. Unfortunately, even after a juvenile record is expunged, one must fill out applications honestly when asked about prior reckless driving convictions.

When can a reckless driving conviction be expunged?

Though reckless driving convictions are permanent on criminal records and difficult to have expunged in Virginia, there are circumstances when it’s possible.

Can I appeal a reckless driving conviction?

If a judge finds you guilty of reckless driving, you can file for an appeal which will get you a new trial and a different judge. Usually, appeals result in reduced charges or acquittal. You have 10 days after sentencing to appeal. You initiate an appeal by notifying the court clerk of your intentions to appeal and filing a Notice of Appeal form.

The appeal trial is similar to the original case, only that you can have a jury trial. However, consider this choice carefully because you’ll pay jury court costs if found guilty.

Can you appeal after pleading guilty to reckless driving?

Generally, drivers who pled guilty to reckless driving cannot appeal if they change their minds. Given that reckless driving in Virginia is a criminal offense, we advise against pleading guilty.

When should you report to jail after a reckless driving conviction?

When sentenced to jail, the judge can allow you up to 3 weeks of delayed reporting. However, this leeway varies between courts.

Is signing a reckless driving ticket admission of guilt?

Although a police officer can arrest you for reckless driving, they often don’t. Instead, they ask you to sign a summons as a promise that you’ll show up in court – it doesn’t mean you are pleading guilty. If you choose to miss court, you can be arrested and taken to court to explain yourself.

On the other hand, refusing to sign might mean you have no intention of showing up for court hearings. As such, the officer may arrest you and book you at the police station.

What happens if the officer doesn’t show up to court?

Contrary to common belief, reckless driving cases aren’t dismissed when the officer doesn’t appear in court. On the first court date, the case will be continued to the next date the officer is available. However, if the officer misses the third or fourth court dates, the court will consider dismissing the case. But this is a rare case.

Do out-of-state drivers suffer the same consequences for reckless driving?

Yes. Virginia reckless driving penalties are for both Virginia and out-of-state drivers. While the penalties apply, demerit points and license suspension are reported and left for the home state to decide on the best course of action, depending on their policies. If an out-of-state driver is found driving in Virginia after their driving privileges were revoked, they could get additional jail time, fines, or both.

Contact an experienced reckless driving lawyer when facing the life-altering consequences of reckless driving in Virginia. Keefer Law Firm has over 35 years’ experience dealing with Virginia courts and prosecutors. Attorney Bob Keefer knows the VA legal system. His knowledge could lead you to reduced charges, fines, and consequences. Call Bob today (540) 433-6906. Your future may depend on it!