Duke University’s men’s basketball team, the Blue Devils, have thirty-one games slated for the regular season (20 home, 11 away). They’re currently on a 7-1 winning streak, with the sole loss happening away from their home in Durham, NC.

While that doesn’t sound like much trouble for Coach Mike Krzyzewski, there might just be one thing that could throw a kink in the works — or season, rather.

It’s 10 minutes past one on the morning of Sunday, Nov 14, and Blue Devil’s junior guard Mike Savarino is driving home from a night out.

He rolled through a stop sign and didn’t even notice a North Carolina State Highway Patrol vehicle on his tail. The officer proceeds to pull over the 2017 Jeep SUV and discerns that Savarino is under the influence. 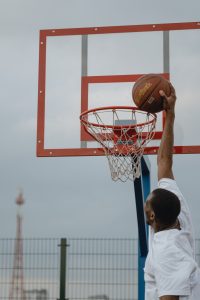 First Sergeant Christopher Knox, an NCSHP spokesperson, said that the arresting officer Sergeant Mann noticed a stench of liquor and that the driver had bloodshot, glassy eyes. Savarino went on to admit he’d had a few shots, which was confirmed after a field sobriety test registered a blood alcohol level of 0.08.

Court documents indicate that the result was checked and verified by Logan Hite, NCSHP’s chemical analyst, for breathalyzer tests.

To add injury to insult, Mike Savarino had a passenger in the back seat as he drove under the influence. This was one Paolo Bonchero, a power forward teammate who’d just turned 19 several days before.

Savarino, 20 himself, was booked into holding and charged with DWI (driving while impaired) as well as ‘Driving after consuming liquor under the age of 21.’

Grayson Sherr, one of Duke’s team managers, would later come to rescue Savarino from

holding, with the case scheduled to be brought before the court on Dec 9. His license has been suspended for 30 days meanwhile.

Because the Jeep is registered to Bonchero, he too has a case to answer for ‘Aiding and Abetting DWI.’ This is where one knowingly hands over their vehicle to an intoxicated individual or fails to stop the latter from taking control. Bonchero is expected to show up in court on Dec 8, a day before his teammate. This leaves just a few days between the court appearances and Blue Devils’ next home game versus South Carolina State.

Not Your Normal DUI

For anyone who’s wondering, there’s a lot more to Savarino’s case than just underage drinking. Savarino is the grandson of ​Blue Devils’ Head Coach Mike Krzyzewski. Paolo Bonchero is a highly-talented player who’s expected to be among the top prospects in next year’s NBA Draft.

Coach K, now age 74, has been at the helm for over four decades and bagged five national titles – making him the most successful coach in college basketball’s history. And having indicated the current season would be his last in spring, you can bet that Coach K is looking to end on a high note.

Commenting on the arrest during a recent interview, Coach K said the incident was a “violation of standards” that would be handled internally.

Krzyzewski’s initial statement indicated that the matter was being reviewed, and any further actions would be determined by Duke University’s Director of Athletics and other administrative officials. Highlighting that there are “two entirely different situations” that headlines made appear similar, he asserted that the institution’s authorities are taking action and would continue to do so.

On separate media interviews, Banchero and Savarino’s teammates have echoed their coach’s sentiments about the matter being handled internally, noting that they intended to “stick together” and look out for each other in the meantime.

Blue Devil fans will definitely be hoping that both the coach and his players can keep it together moving forward. It’s the least they could do to safeguard Coach K’s legacy and ensure it lives on.

By Keefer Law Firm|December 7th, 2021|In the News|0 Comments