Do Cops Show Up To Court For Speeding Tickets In Virginia?

Do Cops Show Up To Court For Speeding Tickets In Virginia?

If you’ve received a traffic ticket, you might be wondering what to expect on your court appearance. For instance, do cops show up to court for speeding tickets in Virginia?

Yes, they do. Judges assign officers one day a month when all their cases are handled to keep them from missing court dates. If an officer has an emergency or a valid reason for absence, the judge will issue a continuance to their next court date.

This is a small glimpse into the traffic court process. Read on to find out more about court procedures for traffic tickets or go here to find out the cost of a speeding ticket in VA.

What happens if you don’t go to court for a traffic ticket in Virginia? 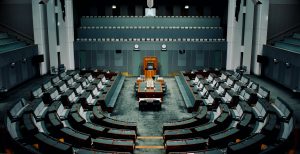 Prepaying the traffic ticket instead of showing up in court is an admission of guilt. But if you miss the court date without prepaying, the judge will carry on in your absence. If there’s sufficient evidence against you, you will lose the case, and a mail detailing court costs and fines is sent over.

Is it worth it to fight a traffic ticket?

It is a good idea to fight traffic tickets when:

But even then, fighting tickets takes a lot of effort and time. For example, the money lost by taking time off work to attend the hearing might be more than the fine. If you choose to go down that path, talk to Attorney Bob Keefer of the Keefer Law Firm to determine if you should fight the ticket. Bob has over 30 years of defending traffic violations in Virginia.

Can I go to an online traffic school for a traffic ticket?

Yes, you can. Violation of a traffic law results in points against your driving record. If you amass many points, your license may be suspended, or your car insurance rates increased. To prevent this, you can voluntarily enroll in traffic school to earn safe driving points. Moreover, attending an online traffic school might get your trial dismissed or fines reduced.

Is it illegal not to attend court?

If you get a traffic ticket, and you have a Harrisonburg traffic attorney you don’t have to go to court to plead guilty. However, a reckless driving ticket is a misdemeanor which requires your presence in court regardless of how you plea.

What occurs if you refuse to attend court?

When you fail to attend court, the judge will try the case in your absence and might rule against you, issue a show cause or grant a warrant for your arrest. When you are arrested, you’ll need to explain your absence to the court, which might decide to suspend your license, sentence you to jail, open a permanent criminal record, or order payment of a hefty fine.

What is a good excuse to miss court?

A driver could miss court if they weren’t notified of the date or have a valid emergency like:

How often do cops show up for traffic court?

There’s no law specifying this, but on average, an officer is expected to go to court for cases once a month. All cases related to an officer are heard on the same day for convenience.

What occurs if the officer doesn’t show?

If the police officer doesn’t show, the judge will continue the case to the next month when the officer is available. But, if the officer misses the court date, doesn’t call to give a reason, and doesn’t answer court calls, the case is dismissed. Unfortunately, police rarely miss court dates because they are paid overtime for it.

Why do cops not appear for court?

Some reasons why a law enforcement officer doesn’t show include:

Is the arresting officer the prosecutor?

Typically, the arresting officer is the only prosecutor and witness in traffic ticket cases. The state doesn’t assign prosecutors to speed violations because they are citations and not jailable unless they are reckless driving cases which are felonies or misdemeanors.

Can a cop refuse to show radar?

Yes, they can. Police officers are not obligated to honor your request. Since radar guns are located at the front seat of police vehicles, drivers have to approach the police vehicle to see the recorded speed, compromising the officer’s safety.

Can only a police officer give you a speeding ticket?

No. An automatic speeding enforcement system can record the law break and send the ticket in your mail.

What states have banned ticket quotas?

Why do cops show up to court?

Police officers report to state court for traffic tickets to testify and present evidence of your speed limit violations. If you wish to give a testimony, the judge or the police officer will cross-examine you.

Do police work for the courts?

Are cops allowed to hide to catch speeders?

Speed traps are legal in the state of Virginia. A police officer hiding in the bushes isn’t luring or tricking drivers into a traffic violation. And with Virginia being strict on enforcing speed laws, you cannot use entrapment as a defense in court. Luckily, Keefer Law Firm can build you a solid defense.

While quotas are illegal in some states, and others are in the process of banning them, Virginia doesn’t have a law against them. Also, police believe they do not have a quota system but rather strict performance standards requiring officers to report ticketing violators.

Since Virginia law is extremely strict on traffic tickets, there are high chances of being found guilty. It helps to call an aggressive traffic ticket lawyer like Bob Keefer of Keefer Law. He will leverage his experience and explore every legal angle of your defense to get the best possible outcome.